Are you looking for quality, compassionate Veterinary care for your pets in the South Whidbey Island community? South Whidbey Animal Clinic is a progressive animal care facility and full service Veterinary Hospital serving the Clinton, Langley, Freeland and Greenbank communities for over 30 years.

In addition to a great doctor, the entire South Whidbey Animal Clinic team is dedicated to providing every client with top quality and compassionate veterinary services in a professional environment that inspires trust and confidence from its clients.

Upon your visit you will meet a kind; friendly and knowledgeable support staff. Our clinic strives to create a comfortable & calm environment so your pet can relax.

We insure your pet gets the highest veterinary care available in addition to providing them a clean, quiet and comfortable place to stay 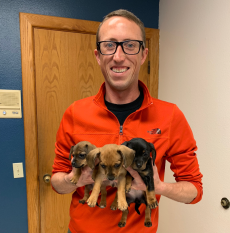